From our veterinary staff to the supporting members of our team that are dedicated to ensuring the best experience for you and your pet, everyone here at Dublin Veterinary Hospital is dedicated to safety, compassionate care, and exceptional veterinary medicine. Learn more about our team and what motivates us when caring for your pets.
Dr. Adrienne Breaux Dr. Veronica Votta Joe Jenn Andrea Izzy Tierra Courtney Camille Hannah Katrina Lauren Lisa Book An Appointment 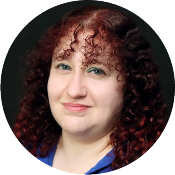 Dr. Adrienne Breaux is a Veterinarian with Dublin Veterinary Hospital. Dr. Breaux attended the University of North Carolina at Chapel Hill for her undergraduate degree and went on to receive her Doctorate of Veterinary Medicine from North Carolina State University in 2014. She is Fear Free Certified and has a professional interest in feline pediatrics and geriatrics, reptile and amphibian medicine/surgery, wildlife medicine, and ophthalmology.

Dr. Breaux began working in the veterinary field in 2003 where she worked in shelter medicine. She eventually went on to work in a feline-only facility as an assistant before attending veterinary school. Dr. Breaux was inspired to make veterinary medicine her career from all of the kill shelters in her area, she wanted to be able to do more to aid the animals around her.

Dr. Breaux grew up in North Carolina but has been living in Pennsylvania for the past eight years. She lives with all of her rescue pets, including her 11-month-old Chihuahua named Pip, her cat named Kitten, and her two Eastern Box Turtles named Virginia and Beatrice. Dr. Breaux loves to hike, read, and look for wildlife outside of work, but she is most passionate about attending local events and getting involved in the community!

Dr. Veronica Votta the newest Veterinarian at Dublin Veterinary Hospital, joining in February of 2023. She graduated from Millersville University in 2013 with her BS in Biology. After undergrad, she worked in the veterinary industry for a few years, starting as a kennel assistant, and working her way up to a veterinary assistant. In 2016 she started pursuing her veterinary degree at Ross University School of Veterinary Medicine, graduating in 2019 with her Doctorate of Veterinary Medicine. Dr. Votta’s professional interests are preventive medicine, dermatology, and pediatrics. Her favorite part of being a veterinarian is developing long lasting relationships with her clients and patients.

Dr. Votta was recently married in September of 2022 to her. Together they have three fur children - a 2 year old calico cat named Lily, a 1.5 year old mixed breed dog named Leo, and an 8 month old goldendoodle named Lyla. For fun, Dr. Votta loves to read, take the dogs for walks, and spend time with family and friends.

Joe is the new Practice Manager for Dublin Veterinary Hospital, having joined in December of 2022. He has been in the veterinary industry in a variety of roles for over 20 years; working as a technician, an HR manager, Practice Manager, as well as working in vaccine manufacturing and veterinary relationship development. His greatest passion is in developing lasting relationships with his team and helping them grow personally and professionally.

Joe attended college at Southampton College in Long Island where he got his Bachelor's Degree in Biology (with a Marine Science concentration). After college, he moved to the Eastern Shore of Maryland, where he got his first job in the veterinary field as a technician in a small two-doctor practice before eventually moving to vaccine manufacturing with Merck Animal Health. After a number of years in different positions within the veterinary industry, Joe has now seized the opportunity to join Dublin Veterinary Hospital.

Joe has been married to his beautiful wife, Brittany, for almost a decade, and together they have two daughters, Caitlyn and Evelyn. They also have a house full of animals: two dogs (a Mastiff mix named Harley and a Yorkie mix named Oswald), three cats (Bruce, Quinn, and Alfred), and an eastern snapping turtle named Tortuga. In his free time, Joe enjoys watching hockey, camping, leatherworking, woodworking, drawing, and participating in medieval reenactment through the Society of Creative Anachronism. 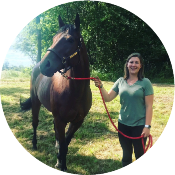 Jenn is a Certified Veterinary Technician who holds a Bachelor's degree in Animal Science from Delaware Valley University and graduated from the Veterinary Technician program at Northampton Community College. She was drawn to the veterinary field by her love of animals and passion for veterinary medicine. Her areas of professional interest include animal behavior and nutrition. Jenn is a Pennsylvania native and shares her home with 4 dogs, 4 cats, 3 Thoroughbred horses, chickens and ducks! 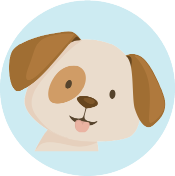 Andrea is a certified veterinary technician that joined Dublin in December of 2023. She has lived in the Lansdale/Harleysville area for a long time.

Andrea has 4 pets - 2 dogs and 2 rabbits. Her dogs are a Weimaraner named Dandy, and a German Short-Haired Pointer named Dude (after the Dude in the Big Lebowski), and are both a year old now! Her rabbits are Orion (8 years old) and Luci (5 years old). She likes spending time with her pets and crocheting when she can. 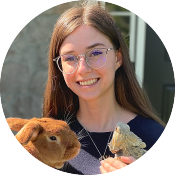 Izzy is a Veterinary Technician at Dublin Veterinary Hospital. She is currently a Biology/Zoology Major at Delaware Valley University and hopes to go to Veterinary School with a focus on exotics and nutrition. She enjoys watching movies, hiking and paddle boarding with her rescue mutt, Lucky, and playing video games. Izzy's favorite part of her day is spending time with her many animals from her ducks & chickens to her feisty red tail boa, Freya. 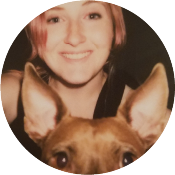 Tierra has always had a passion for animals ever since she was little. She followed her dreams by starting out as a veterinary receptionist and began learning the skills needed to move up to a veterinary assistant. Now she is living her dream as a veterinary technician comforting pets while they undergo exams, vaccines, and surgeries. She has 2 dogs, both pit mixes, named Kiwi and Skullivan, along with 3 cats (Momo, Pancake and Mochi) a hamster (Gebbrey) and an aquarium of fish. In her free time, she loves to draw, paint, and play video games with her husband. 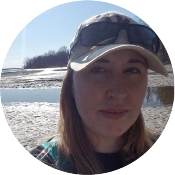 Courtney has been working as a Veterinary Technician at Dublin since the end of December. She grew up in the Lehigh Valley and developed her love for animals and caring for them at a young age. Because of this, Courtney went to Delaware Valley University for Small Animal Science. Outside of work she loves hiking and exploring new areas. 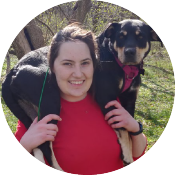 Hannah is a Veterinary Assistant at Dublin Animal Hospital. She is currently pursuing her bachelor’s degree in Life Sciences at the University of Pennsylvania. Originally from the state of Wyoming, Hannah moved to the east coast to pursue her passion for science.

When not at work, Hannah plays the French Horn in various community bands. She also skates with the BuxMont Roller Derby Dolls. In her free time, Hannah enjoys training her cats Kimchi, Sophie, and Brevé. Additionally, she partakes in regular birdwatching trips and hikes/kayaks when the weather permits. 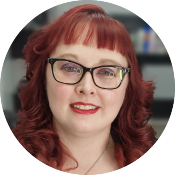 Katrina’s journey at Dublin started in September of 2022 as a Customer Service Representative. She has a passion for animals, and enjoys reading, watching movies, and attending concerts. Katrina loves spending time with her husband, Nate, with whom she has been with for over 20 wonderful years. Together they have 3 cats: Spooky, Gizmo and Cinder. Spooky is the leader of the group and acts as referee during their play time. Gizmo is the perfect cat who thinks he’s a dog, with a permanent kitty smile. Cinder, who is the newest addition and the oldest, was rescued from outside. They also have 2 dogs: Ruby, a Red-Nosed Pitbull who loves to sleep on the top of her couch and snuggles like no other, and Rocco, a Black Mouth Cur/Pit mix that likes hugs and has a larger than life bark. Katrina looks forward to the future at Dublin Veterinary Hospital and all that it brings. 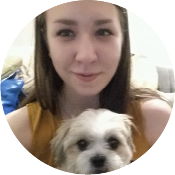 Lauren is a Customer Service Representative, and happy to have a great start to 2023 by joining the Dublin Vet team. After growing a family of 4 bunnies: Kisses (10), Presto (11), Punky Brewster (11) & Fred (6) as well as their guard dog, a sweet & sassy shih tzu mix MeiMei (8), Lauren and unwaveringly kind-hearted husband Mike found themselves back in the nearby Hatfield area they grew up in. When it’s time to relax, you’ll find her listening to a podcast while on a walk or home watching livestreams with Punk (although he prefers cartoons and will thump to remind her!). Lauren is very excited to incorporate her drive to provide great client service and her lifelong love of fuzzy companions. She is especially looking forward to getting to know everyone when they call or stop by the front desk!

Lisa is one of our outstanding Customer Service Representatives. Despite having just joined us in December, Lisa brings several years of excellent Veterinary Customer Service experience with her to Dublin. She is very excited to be a part of the team and getting to know all of our wonderful clients and patients!

Located across the street from Wawa and directly next to Weis Markets on W Dublin Pike.

Send Us A Message!